Here’s what some of our portfolio managers are saying about this week’s market volatility.

Equity Commentary:
Global financial markets recently experienced the most significant bout of volatility since August, 2011. That said, to go four years without a significant correction in equity markets is quite unusual, so a sell-off at this point is really not that surprising.

The main catalyst has been China – the combination of a speculative bubble in their stock market and slowing economic growth was unsustainable. The unexpected devaluation of the Chinese yuan brought this home to investors and triggered an unorderly exit from their market. Haphazard market interventions from authorities only made matters worse. The government responded Tuesday to calls for more monetary stimulus by cutting interest rates and the bank reserve ratio. This has seemed to calm the situation for now, but the Chinese market is likely to remain vulnerable until the true state of the economy is known and confidence is restored.

Fears that slowing Chinese growth will derail recovery in the U.S. and Europe are exaggerated.

The slowing of Chinese growth is not new. Commodity prices have been declining since last fall, largely for this very reason. While clearly a negative for resource sectors, the implications of sluggish Chinese growth for many developed economies are not as obvious. For example, in Canada, the downturn in our energy and mining sectors has led to weakness in the Canadian dollar, which is now benefitting other export sectors such as manufacturing and tourism. In the United States and much of Europe, which are driven more by domestic consumption than exports, the weakness in commodity prices is actually a net positive. The exception is Germany, which is a major exporter of machinery and technology to China.

We believe that, although global growth will remain only moderate, it will be positively offset by the accommodative monetary policy now being followed by virtually every major central bank. Even if the U.S. Federal Reserve does decide to make an initial increase in interest rates in coming months, the pace of and real monetary tightening beyond that point is likely to be very drawn out and data-dependent.
No change to the equity portfolio

Our equity portfolios continue to have a significant underweight in resource stocks. This is not based on a macro-economic call, but on an analysis of valuations relative to over-supplied conditions in most commodity markets. Outside the resource groups, we continue to find good value opportunities in the Industrials, Consumer, Financials, Information Technology and Telecom sectors. While low interest rates have led to rich valuations in certain yield-driven areas of the market such as Utilities and REITS, valuations in general have not fully discounted the low rate environment and remain largely justified by fundamentals.
Fixed Income Commentary:

When the equity markets first started to sell off late last week and early this week, initially bond prices increased and yields decreased. Concerns over the economic impact of China on U.S. growth, exports, and inflation, as well as the continued strength in the U.S. dollar, led the markets to price out any Federal Reserve tightening announcement in September. Continued weakness in oil prices has increased concerns that Canada heads into a recession, and the Canadian bond market has started to price in a further cut in the Bank of Canada overnight rate.

Over the past two days, however, bond prices have declined and yields have increased, rather significantly on some parts on the curve. For example, the 30 Yield Government of Canada bond yield touched 2% on August 18th and is currently trading at 2.17%.

From a technical standpoint, market chatter is that China is selling a large amount of U.S. Treasuries and will continue to do so. We have evidence of this in from the reserve data that is released by China. This selling pressure is causing yields to increase (and prices to decline).

New issuance in both provincials and corporates is non-existent and both corporate and provincial spreads are leaking wider.
No dramatic changes to portfolio.

From a portfolio management perspective, we are not making dramatic changes to our duration or curve positioning. The fall is shaping to be very busy with new issuance and we believe there will be an opportunity to buy some of our safe haven defensive credit names at attractive prices.
Performance Impact:

The significant market drop on August 24th resulted in negative Canadian, U.S. and international equity returns. Portfolio returns in these asset classes, while negative, outperformed their respective benchmarks. However, from an asset mix perspective, due to our overweight in equities and underweight fixed income, the fund underperformed on a relative basis. We are comfortable with our current portfolio positioning and continue to have confidence in the longer term upside potential of our equity holdings.

The Educators portfolios that we manage have been becoming more defensively positioned since early July. Although events in the past few weeks have caused more volatility than we would have initially imagined, our thesis has not changed. We prefer North American –particularly U.S. – equity exposure, and have significantly underweighted our positions in the Oil and Gas and Materials sectors, where global growth matters.
Specific measures

Specifically, we have added to names such as Milestone Apartment REIT, which is exposed to the U.S. Apartment sector, provides an attractive yield and stable cash flows, and is less correlated towards the broader economy. We also added to Rogers Communications in Canada, because its fundamentals are improving, it provides an attractive yield, and has good technical support. We have also started to buy back some names we sold and trimmed this year, including Disney and Starbucks, which are attractively-valued after this recent correction.
Considerations for the future

China and the rest of emerging Asia are currently impacting global growth expectations materially. Given their governance over the world’s second largest economy, The People’s Bank of China (PBOC) will warrant greater attention as their policy will significantly impact global economic fundamentals. This week’s cuts to their interest rates and additional liquidity injections are providing some degree of comfort, but uncertainty remains. The U.S. raising interest rates overnight from zero added to the consternation and volatility.

Both the futures market and consensus economic forecasts suggest a lower probability of a September lift-off. We still believe the U.S. economy is strong enough for a September lift-off, but our conviction isn’t as strong as it was prior to the Chinese market turmoil.

The Educators’ portfolios are positioned and structured to ride out and absorb any fall-out from a rising rate environment.
Overall: a healthy mid-cycle correction.

All in all, we feel this is a healthy mid-cycle correction. While market volatility is never pleasant, and indiscriminately punishes even more conservative equities (like Real Estate Investment Trusts) that we hold, it does provide a number of investment opportunities, which we believe will pay off. Investors need to remain patient. 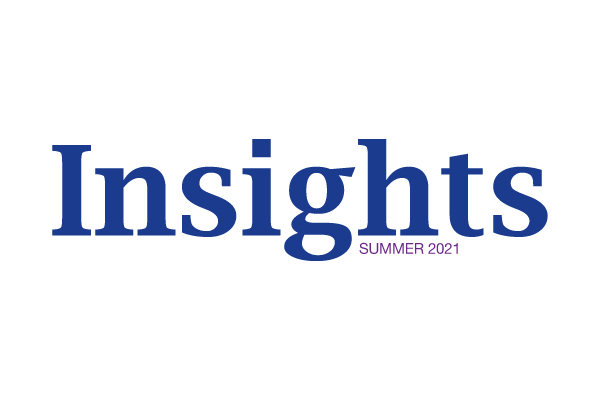